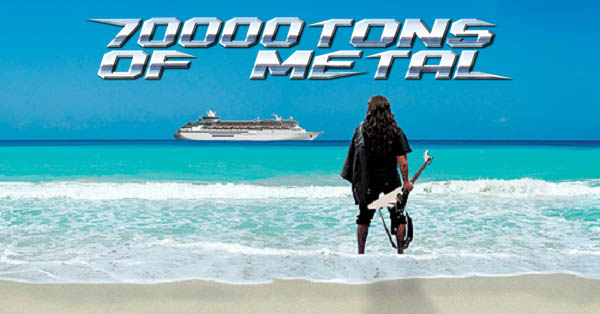 TIDES FROM NEBULA – Reveal first track from their new album!

Oct. 7th (EUR) / Nov 5th (N.America) will see the release of the third album from Tides From Nebula, which is entitled “Eternal Movement“. The first song to be revealed from the album is ‘Only With Presence’.

Of the track Maciej Karbowski, guitars and keyboards says “It all started with a twisted guitar riff. I took it to the rest of the band, we played around with it for a while and out it came. We use a synthesizer bass for the first time, we loved the sound, so tasty! It’s definitely one of the best quicker tracks on the album, I love the way it builds to something with real intensity.”.
Przemek Węgłowski, the bassist in the band came up with the title of the track inspired by the book “The Power Of Now” by Eckhart Tolle.

In addition to the first new track stream the band has also revealed the tracklisting for “Eternal Movement”:

One of Germany’s most prominent and consistent hard rock bands have just announced their next major coup: on 28 October 2013 (Germany: 25 October 2013, USA/Canada: 5 November 2013) Mad Max will be releasing their new album “Interceptor”, not just its title but also its cover artwork, created by Thomas Ewerhard, alluding to Mel Gibson’s legendary desert car in the movie classic Mad Max. The four musicians, Michael Voss (vocals, lead guitar), Jürgen Breforth (guitar), Roland Bergmann (bass) and Axel Kruse (drums), promise “full throttle from start to finish” and sum up the direction of their new record in just two words: “It rocks!”

Michael Kiske returns to PLACE VENDOME with another Melodic Rock masterpiece : “Thunder in the Distance”

Frontiers Records is pleased to announce the release of the much anticipated third album from Place Vendome entitled “Thunder in the Distance” on November 1st in Europe and November 5th in North America. Place Vendome is the Melodic Rock project featuring Unisonic and former Helloween singer Michael Kiske on all lead vocals and production from Dennis Ward (Pink Cream 69). Place Vendomestarted in 2004 when Kiske, following a self imposed exile from the rock and metal scene which lasted a few years after his departure from Helloween and solo career, accepted in 2004 to be part of a Melodic Rock oriented concept put together by Frontiers Records’ President Serafino Perugino. The resultingPlace Vendome debut album brought Kiske back to a more straight ahead and Rock sound, still very accessible and melodic and far from the Heavy Metal stereotypes of blood, violence and hate which Kiske never had anything to do with. He collaborated for the first time with Pink Cream 69’s Dennis Ward, Kosta Zafiriou and Uwe Reitenauer with Gunther Werno (Vandenplas) on keyboards. In a quite ironic twist of fate Michael found himself to work with members of Pink Cream 69, when the band’s original singer Andy Deris took his place in Helloween when he left.

Steamhammer/SPV’s signing of the band Crematory from Southern Germany has been accompanied by a whole number of exciting releases and surprises. The most important information to start off with: 24 February 2014 (Germany: 21 February 2014; US: 25 February 2014) will see the arrival of the new Crematory album, “Antiserum”.

The first single release “Shadowmaker” will be out on 22 November 2013 and is guaranteed to wet the appetite for the album. Jüllich: “Even before the whole record was finalised we knew that ‘Shadowmaker’ had absolute hit potential. You’d be hard put to announce our new album better than with this song.” On the day of the single launch, there will be another highlight: a special boxset featuring the band’s first ten studio albums in a cardboard sleeve. An absolute must-have for all fans and collectors.

Eat The Gun will release their first single “Loner” on October 4th. The song is taken from the new album“Stripped To The Bone” which will be released on November 25th. The musicians Hendrik Wippermann (vocals, guitar), Gereon Homann (drums) and new addition Peter Bergmüller (bass)  are releasing a snippet of the new single today. Klick here to listen to the Song.